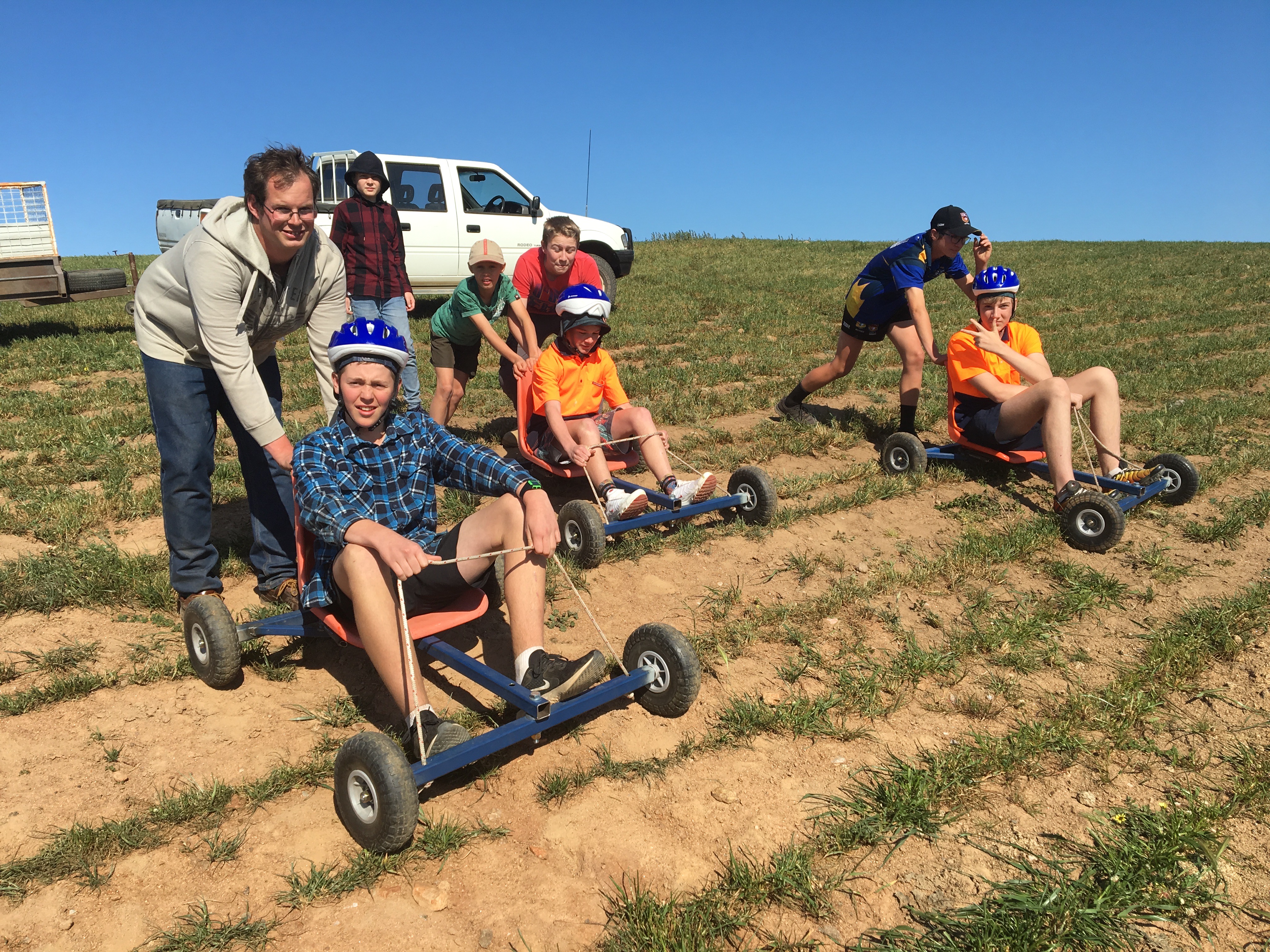 Encouraging statistics, inspiring people and an awesome God! You may be interested to know that in the last 12 months SU NSW ran 26 camps, led by 449 volunteer leaders who ministered with 891 campers. The increasing camping trend continues to grow as we are well on track to break through 30+ camps for 2020.

This is just as well, especially considering the incredible success of the Hope 103.2 Kids to Camp campaign which raised enough funds to send 538 kids to an SU camp in 2020 from drought affected NSW. This result has wildly exceeded all of our expectations and we are now relying on God to raise up the people to direct new camps and more leaders to allow all these young people to attend a camp of their choice. Fortunately, we serve a big God who has demonstrated that he can do immeasurably more than we ask or imagine, so watch this space as the year unfolds!

One of the most enjoyable aspects of being an SU staff worker is getting out in the field, meeting with leaders and getting involved in the camp. I am particularly drawn to the stories of transformation as God touches people’s lives in the most remarkable ways.

I managed to visit 6 out of the 8 spring camps this yea. While I was at Girls Ag Camp, nothing could have prepared me for what I was going to encounter on one of the farm visits. We met Amanda*, who was living on her own after her husband and her mother was visiting the very next day from China, so we were asked if we could help clean up the place.

The girls were busy moving firewood into the shed and while we were waiting for the large trailer to arrive, we all stood in the backyard and Amanda shared with us how she had come to know Christ. It was an amazing story of visions, dreams , divine connections and God’s grace, then we stood in a circle and prayed together. The tears flowed as she couldn’t believe how God had brought brother and sisters in Christ to help her, which reminded her of how she was adopted into God’s large family.

It is times like these that we realise that the richest experiences of camp are not just the fun activities but the divine moments when you see God at work, especially while serving others.

When I visited Cricket Camp in Dubbo, I was greeted with a very enthusiastic cricket loving group of campers and leaders, many of whom had taken advantage of last year’s Kids to Camp funding. It was such a joy to do some filming of these boys and see how much they were enjoying camp.

Many of them said, they found out about SU camps from their ISCF leader, SRE teacher or chaplain, which due to the generosity of others were able to attend this camp and have a brilliant time.

Reboot – Computing and Technology camp is held at Wycliffe Christian school and is understandably full of computer enthusiast or otherwise affectionately known as geeks. The camp offers workshops with so much diversity ie: Robotics, Coding, Music, Photo shop, Augmented reality that campers are certain to find something of special interest. Alison the director did a brilliant job of the Bible talks, and the small groups were engaging as campers dug into God’s word and his plan for their lives.

I then headed off into the bush to visit Bike campers who had been riding up to 40km’s per day primarily through State forests. They were understandably exhausted and looking forward to a shower and bed (as you can imagine the leaders don’t usually have too much trouble with campers staying up late) however often the richest times on camp are around the fire, singing songs, hearing a leaders testimony and getting in to the Bible study the next morning. I am deeply inspired by the commitment of the SU volunteer leaders who often finish this camp, go home for a few days and then re pack for Junior Bike camp, no words !!

Boys Ag is always held in the first week of the Spring holidays so they can setup camp, then the Girls pack it all down after their camp for next season. This year it was held near Gundagai with brilliant Bible talks in the shearing shed, more fun than you can poke a stick at, including Billy carts driven down a steep hill across a furloughed paddock ( without suspension ), bon fires, metal forging , farm work and making great friends along the way. It is so good to see the passion of the leaders and the boys having so much fun learning about Jesus.

The final camp I managed to get to was Junior Bike Camp where some of the leaders backing up from Bike camp a few days prior. There is plenty of energy and a few shenanigans with this young crew who usually ride along a section previously traversed from Bike camp. The main activity of the camp is riding however nothing could have prepared them for a serious overnight thunderstorm where the track was so muddy they had to stop every few hundred meters to get the sticky mud off the wheels as the buildup made it simply impossible for the wheel to turn. It is often in these times as they ride along these tracks where conversations about faith is explored in often amazing countryside with no mobile phone reception.

One of camps I didn’t get to, but heard brilliant reports of, was Ag at the Centre where, although the whole region is gripped by an unrelenting drought, everyone had a brilliant time and even enjoyed a mud fight in one of the ‘not yet dried up’ dams.

And North Coast Junior Ag at Macksville continues to grow from strength to strength, with the Director passing on this email from a parent after camp:

E and I both absolutely loved camp and it was so enriching for them.  The trip home was very quick as they had so much to tell. We were all extremely blessed by North Coast Junior Ag Camp and from all the people who generously give up their time to make it happen, so thank you! Would you also be able to pass on a special thank you to Cameron. He had a huge impact on I  with godliness and positivity and I was personally blessed to see such a change in I for the better.

While this is just a small window into what God continues to do through SU NSW camps. We are well on track to break through 30+ camps next year by the grace of God, including a Block Camp— based on Lego, Vanuatu Service Mission —for students who study construction at High school to work on SU’s campsite in Vanuatu, including ongoing planning for a disability camp on the Central Coast, a new craft camp in the Northwest plus enquiries for more school based camps.

I continue to be encouraged about the future of this ministry, keep trusting God and respectfully ask you to consider donating generously to this expanding ministry for his glory. New camp possibilities are limitless! If you have an idea for a new camp, let us know.

Full-funding available for any SU Camp!

Thanks to generous donors during our Kids to Camp fundraiser, anyone from drought-affected areas can apply for full-funding to any SU Camp in 2020. Spread the word and go to sunsw.org.au/camps to see what’s on offer!

Many Parts, One Body

SU is a celebration of diversity: many people coming together to bring the Good News of Christ to NSW and beyond. Dave Tankard (SU Regional Coordinator for North West) shares what this looks like in North West NSW, and explores the broader role of partnership in mission.

We are constantly inspired and energised by the passion of SU volunteers in dreaming up and developing ways of connecting young people with the Good News about Jesus in the most amazingly creative ways! Glenn Coombs, Associate Director of Regional Development, recaps here, the latest news from SU Camps.

Scripture Union only exists because of people like you: faithful Christians, united in heart by the Spirit of God, for His purposes and glory. In this article, State Director / CEO, Andrew McLachlan, encourages us with the Gospel impact SU volunteers are having in people’s lives.